In the six months leading to the re-opening of Turin’s Museo Egizio, TODO developed and implemented a cross-media communication campaign revolving over a variety of elements: billboards, a monumental hourglass, a robot archaeologist, and a live online experience for the whole world to try via a custom platform. The core concept for the entire campaign was rediscovery: while the world waited to admire the new Museo Egizio, ancient finds gradually emerged from the sand – right in Turin’s busy city streets.

lamatilde collaborated with TODO in designing the hourglass and the robot’s display case. The hourglass was installed in Turin’s central Piazza San Carlo, to guide the city towards the re-opening of the museum with an amazing countdown. The flow of the sand inside the hourglass was regulated in order to end on April 1st 2015, on the day of the inauguration. Furthermore, as the sand fell through the hourglass, an ancient statue was revealed – while inside the display case, the robot arm uncovered finds in the sand, reacting to users’ input as they blew into a microphone. 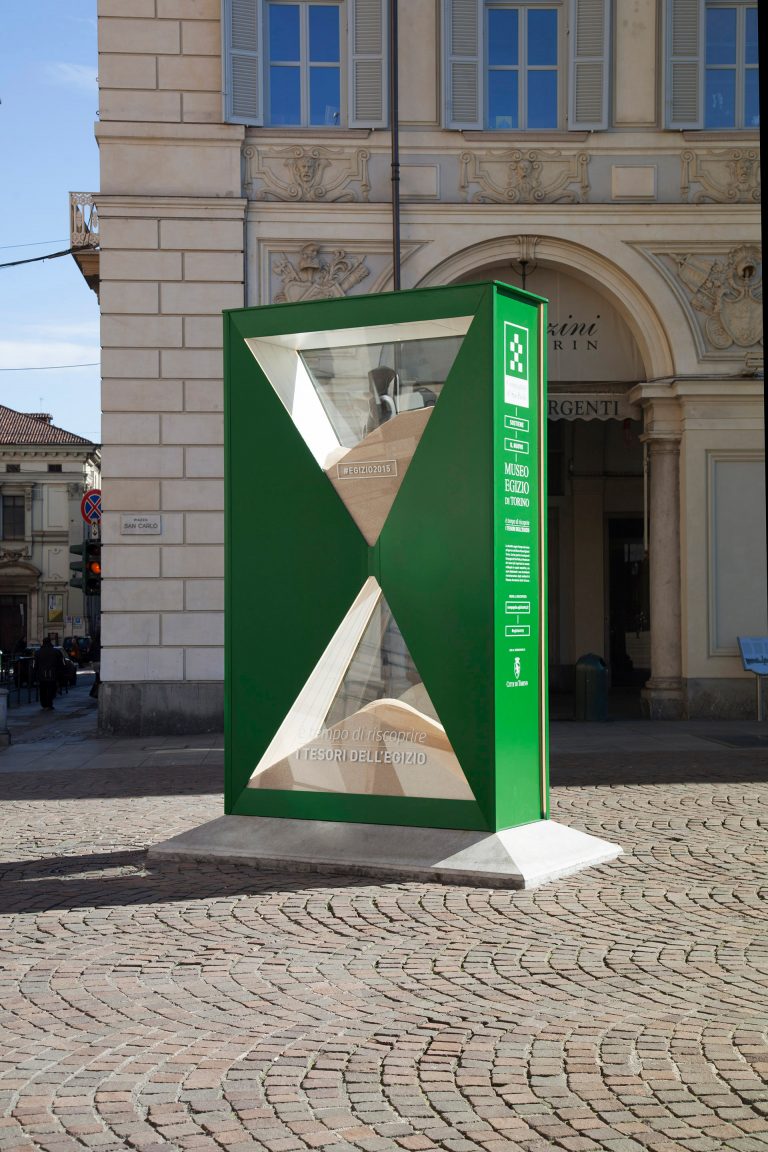 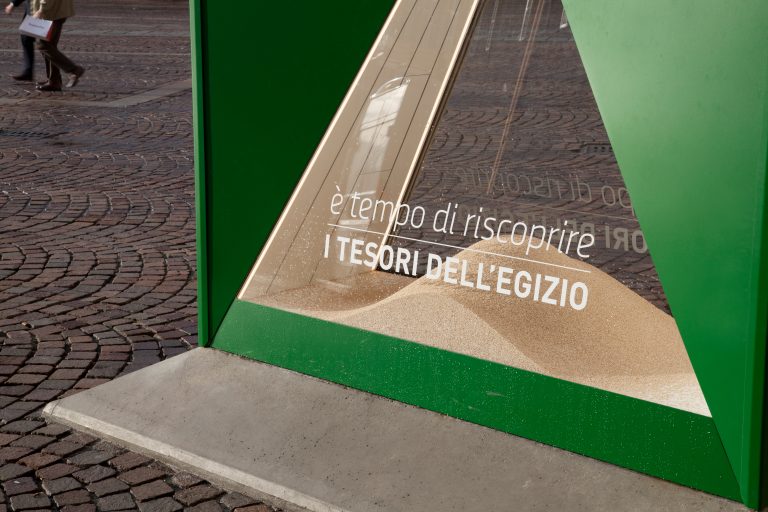 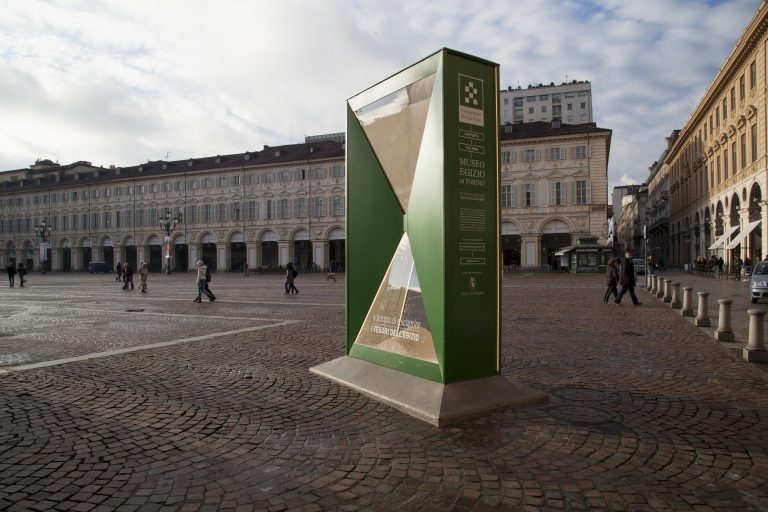 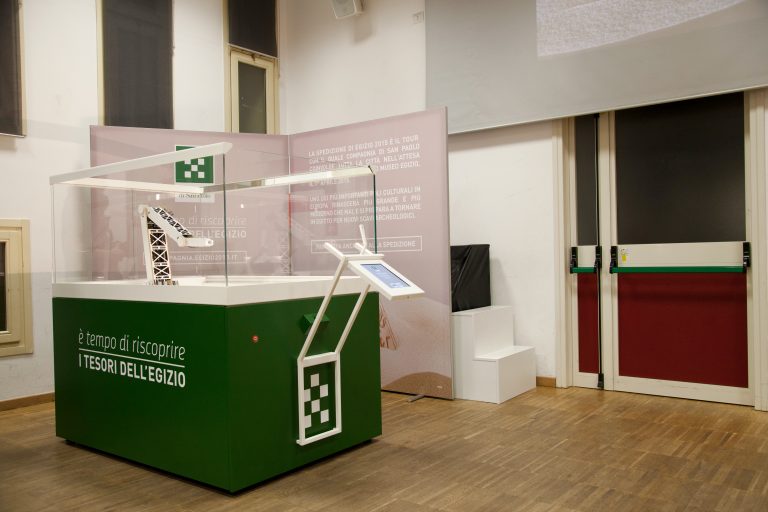 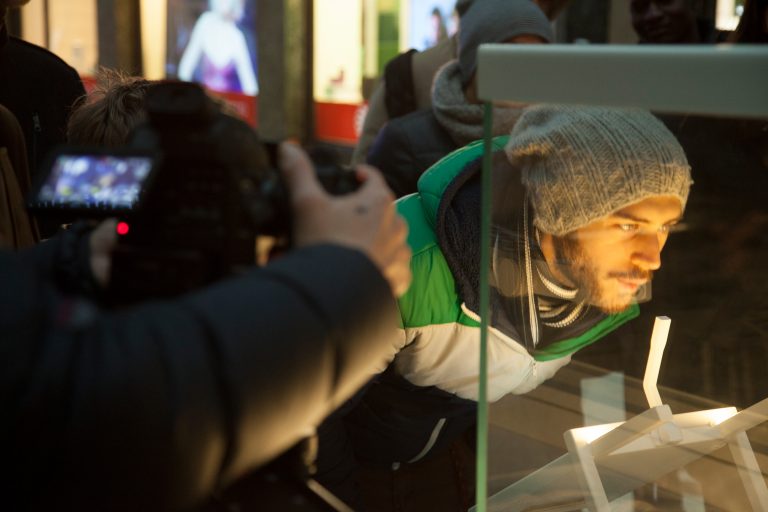 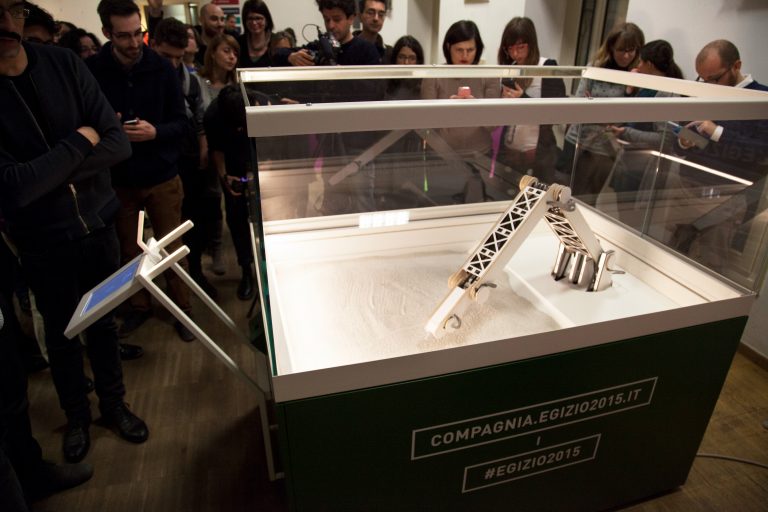 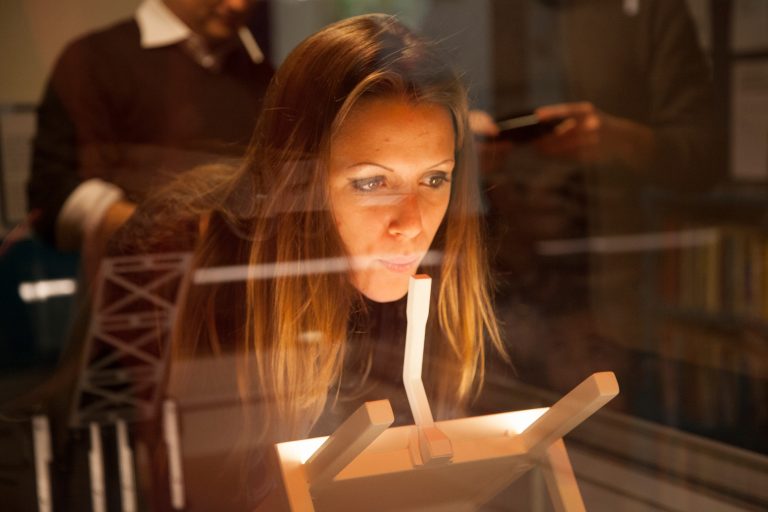