Truffle Bistrot – Where food speaks for itself 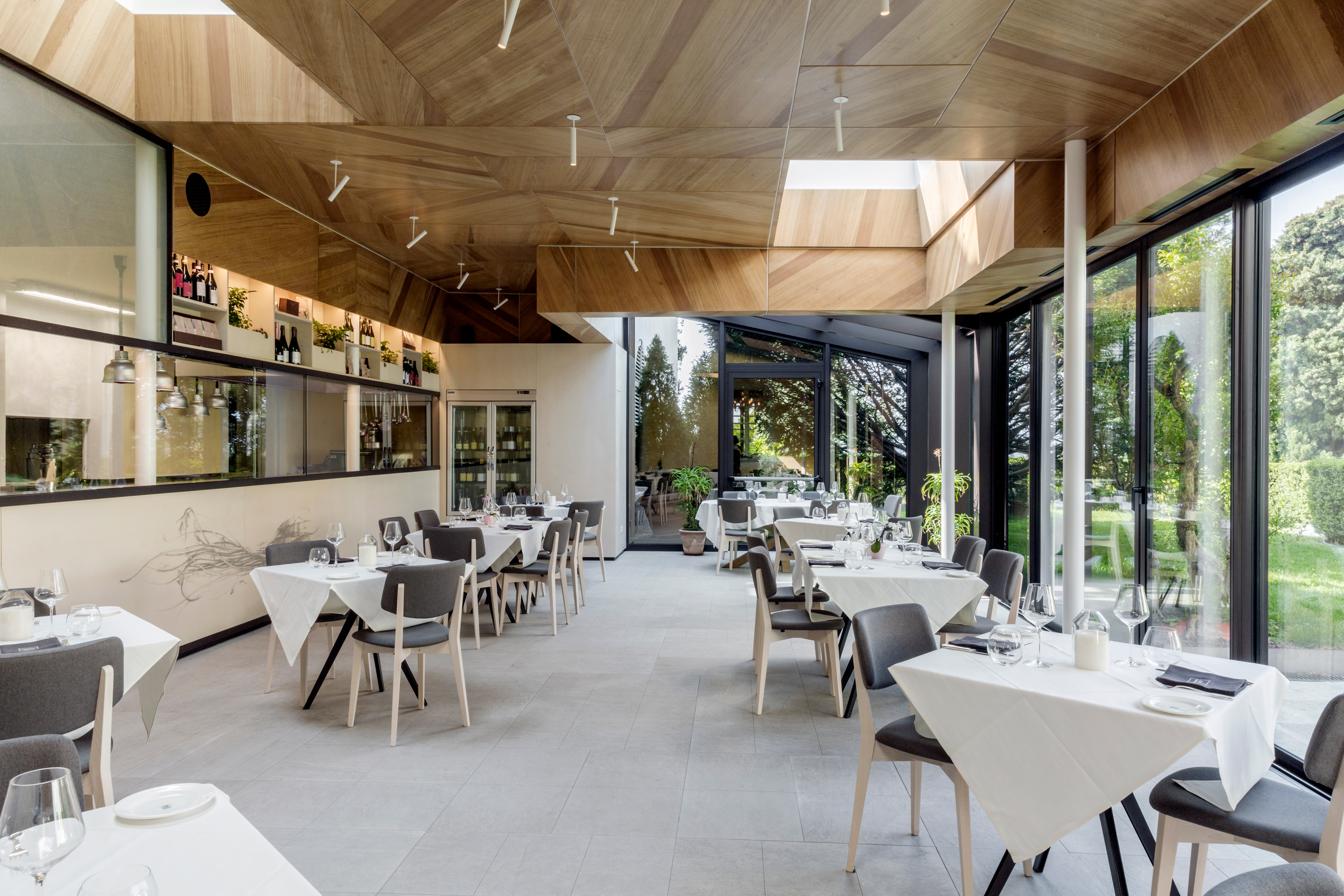 An extension project led to a space in which the line between interior and exterior is deliberately light and ethereal – a mere diaphragm between the cloister and the 17th-century monastery that is home to the Truffle Bistrot.

The roof, made of interlocking elements, was built very quickly; on the outside, it was covered with a system for climbing plants, with struts, ties and metal mesh that give it the wavy profile of hills and allow it to float over the surface.
The wooden dropped ceiling is striking both for the complex wood grain and the truncated-pyramid skylights, which cut through the greenery to create impressive cones of light. Furthermore, the open-air feeling was enhanced by using outdoor materials, which complement the elements of the distinctive visual identity designed for San Maurizio 1619.

In contrast, the kitchen is very secluded. However, it is kept separate from everything else only by an uninterrupted series of windows, treated with material elements such as gauze, added between panes to make them semi-opaque. 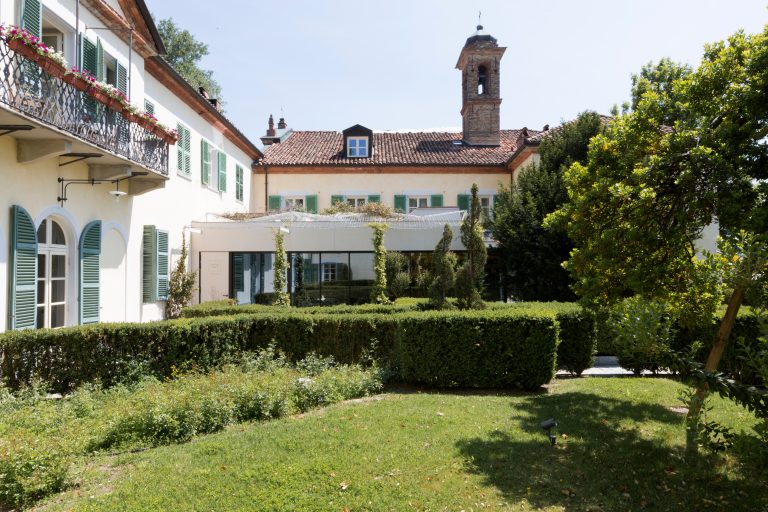 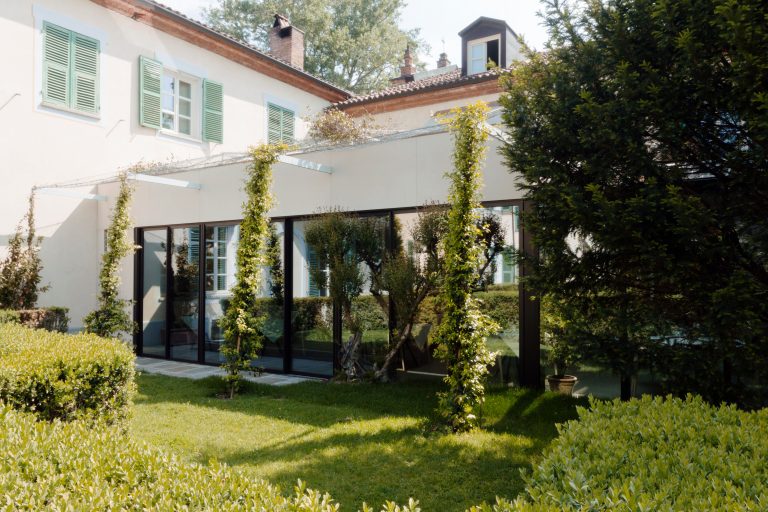 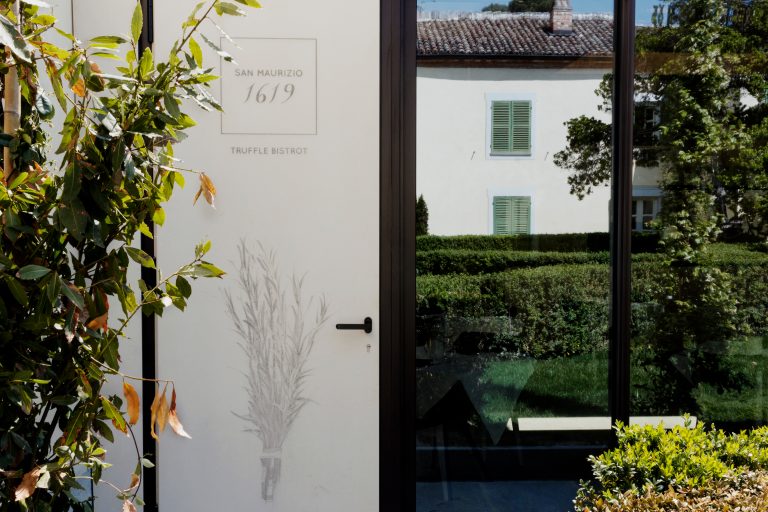 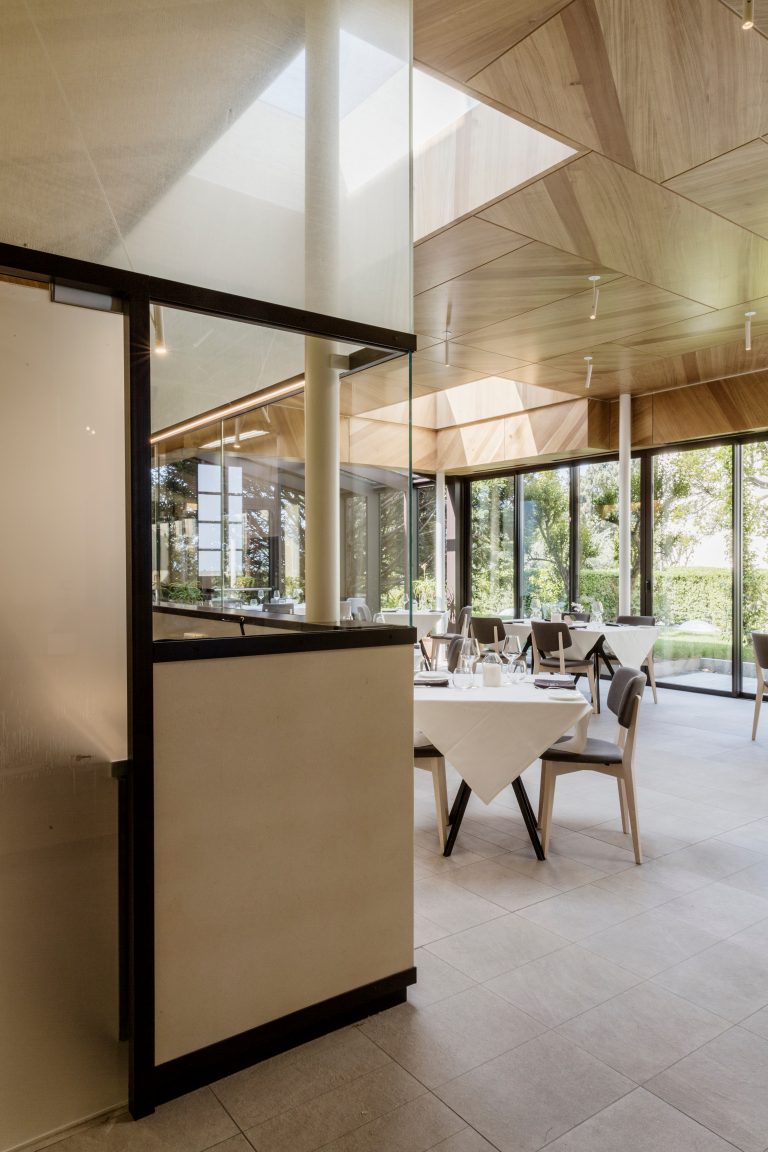 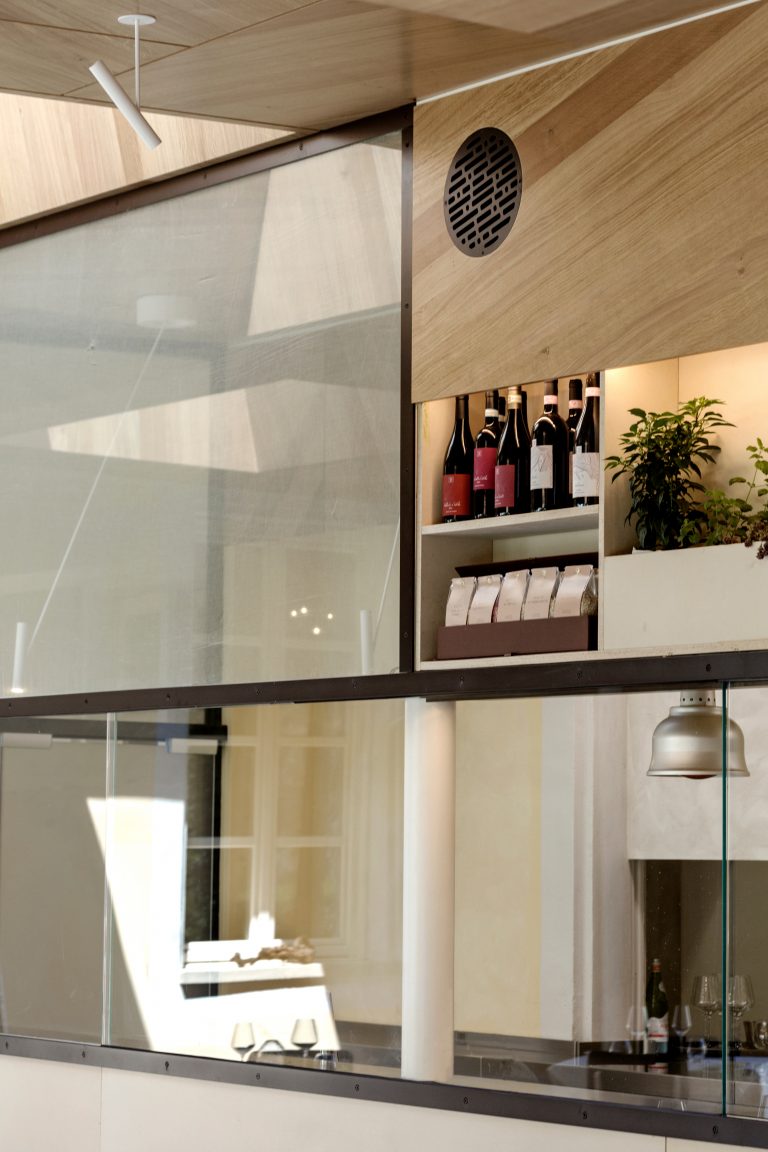 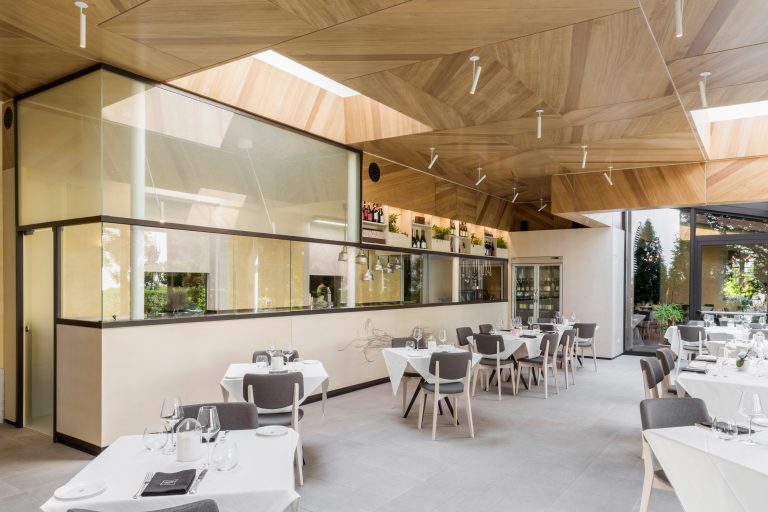 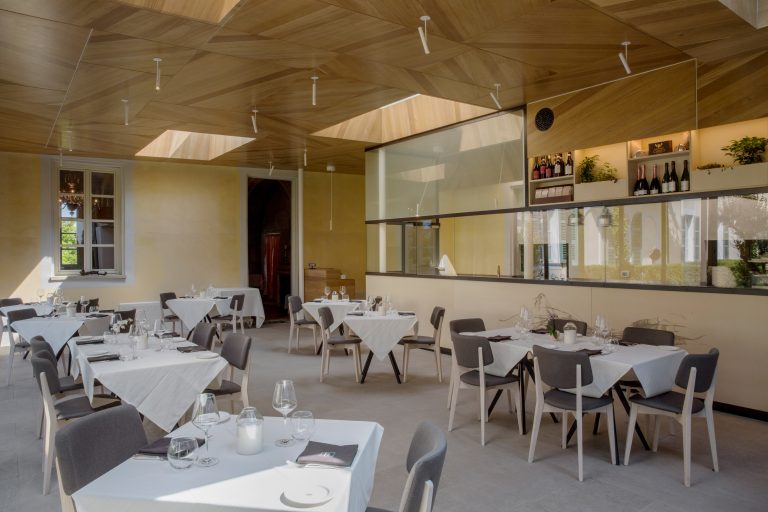 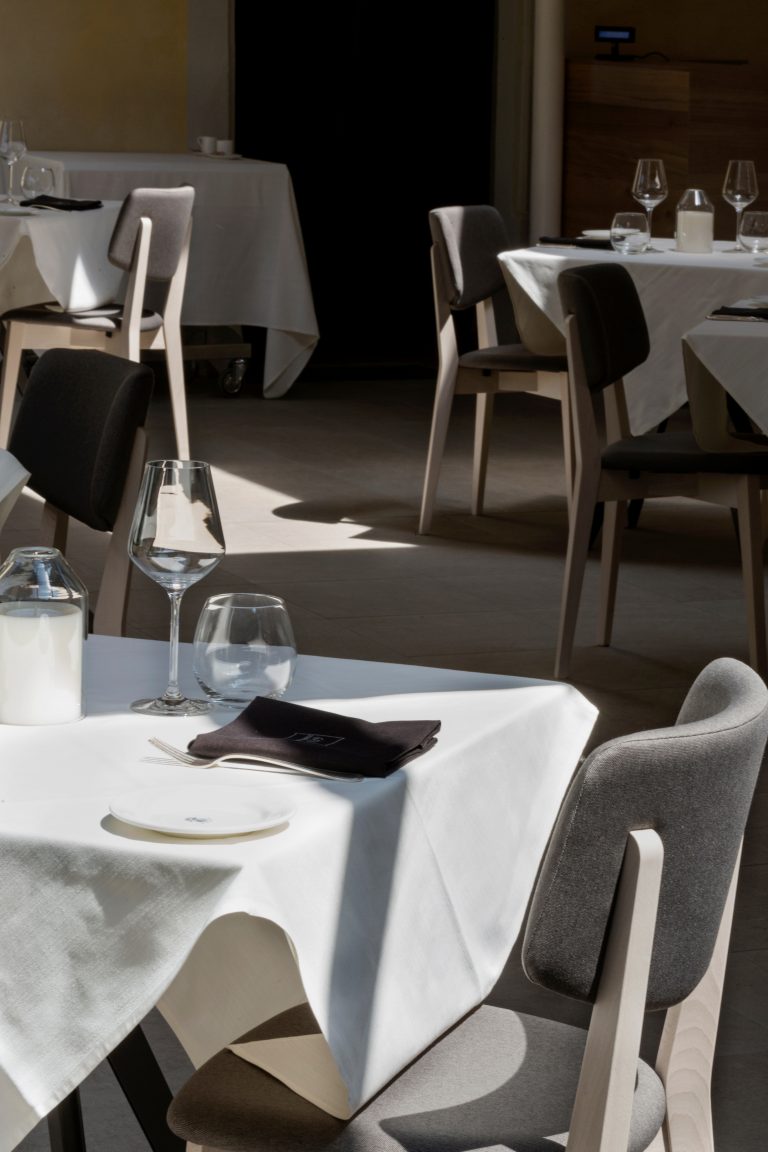 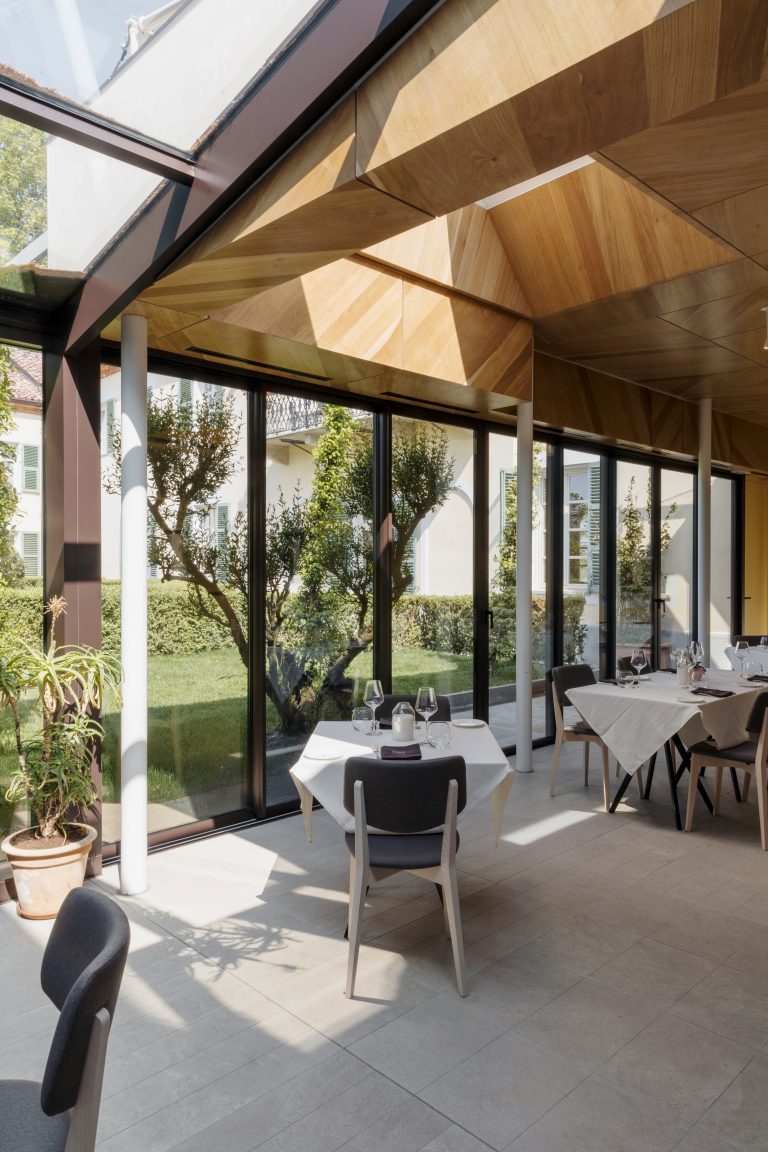 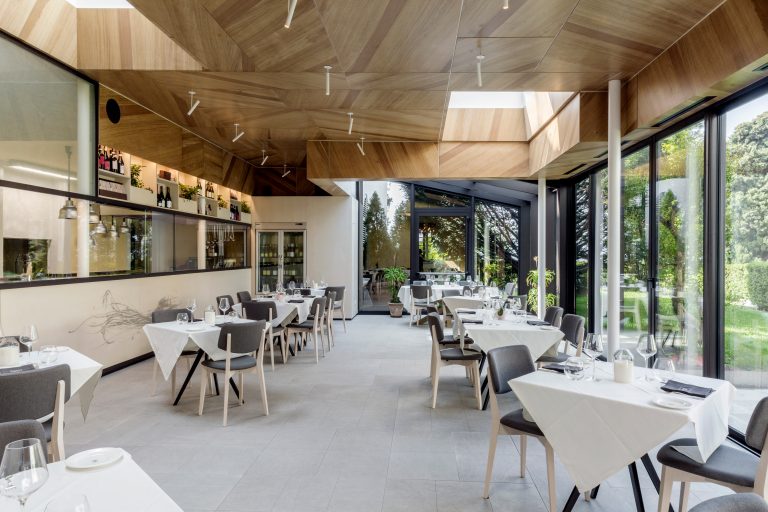 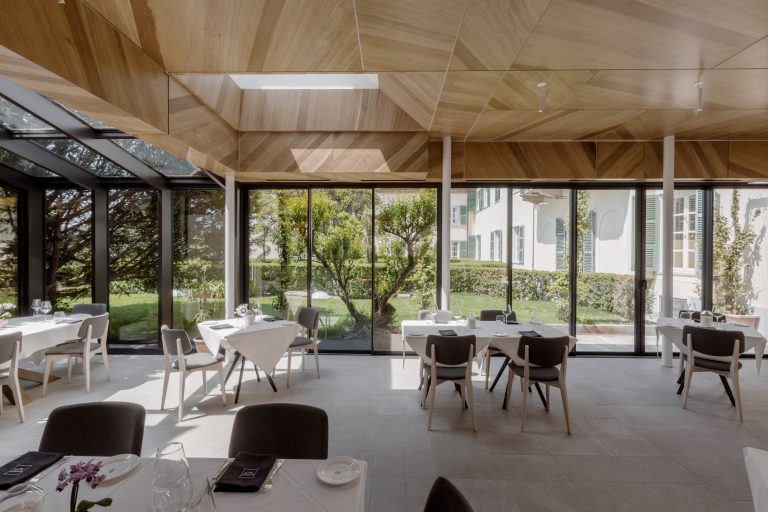 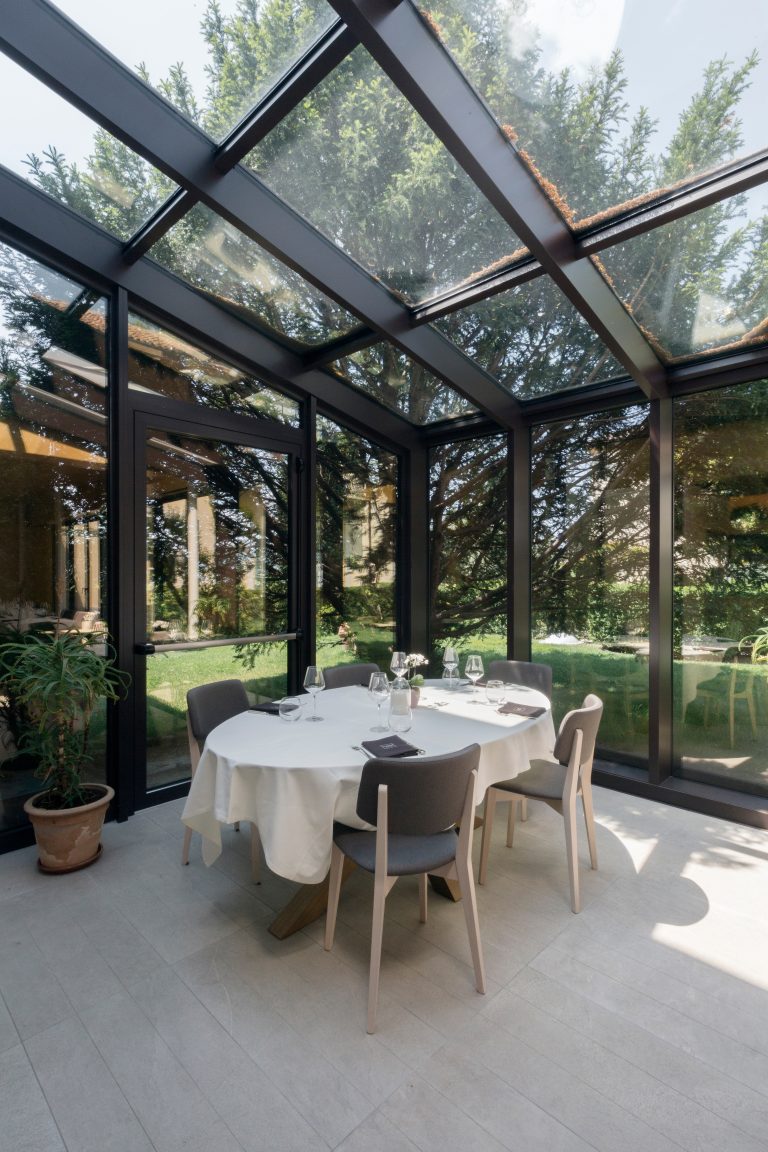 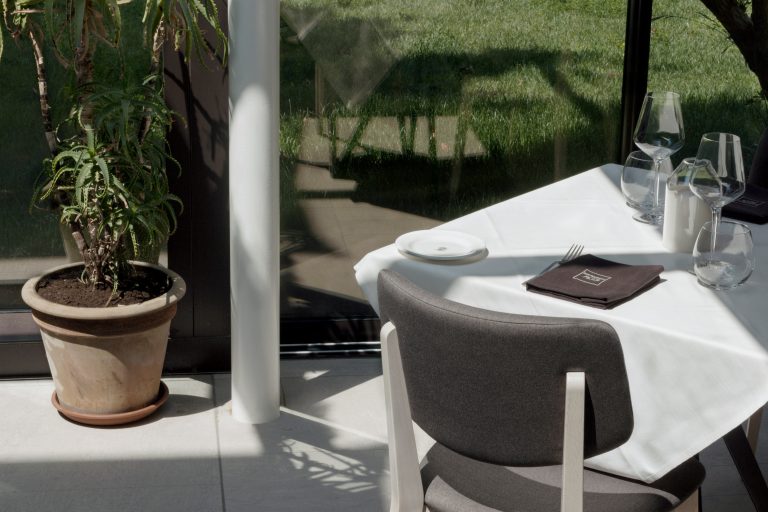 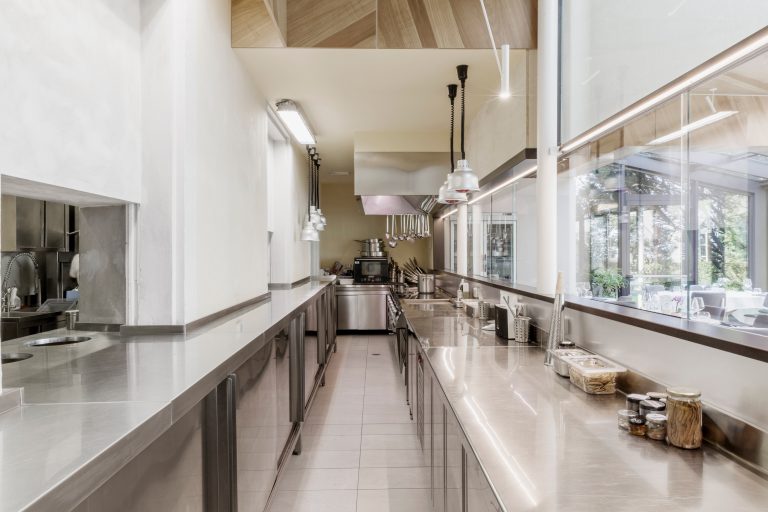 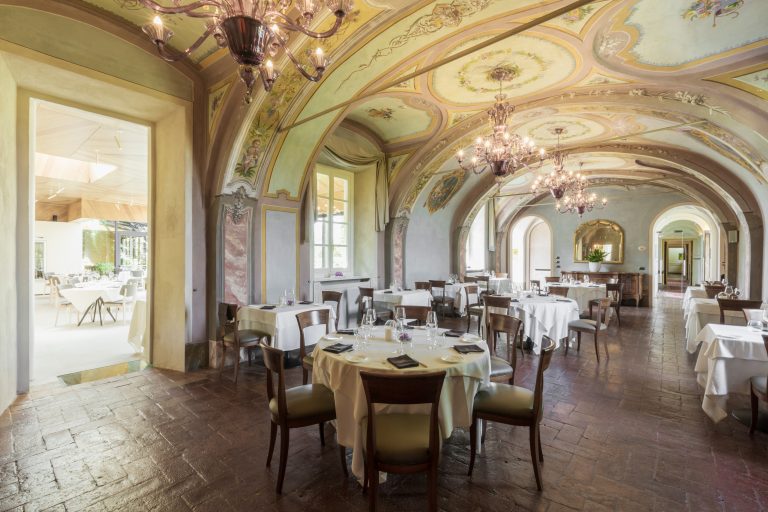 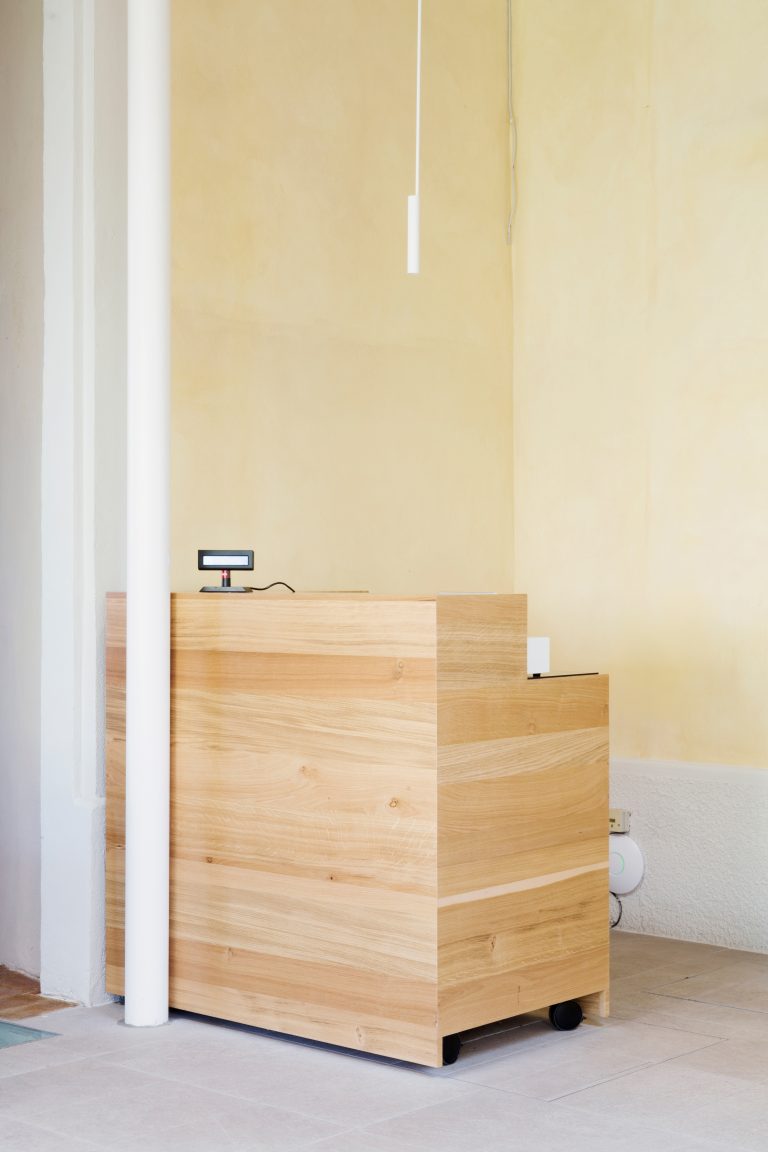 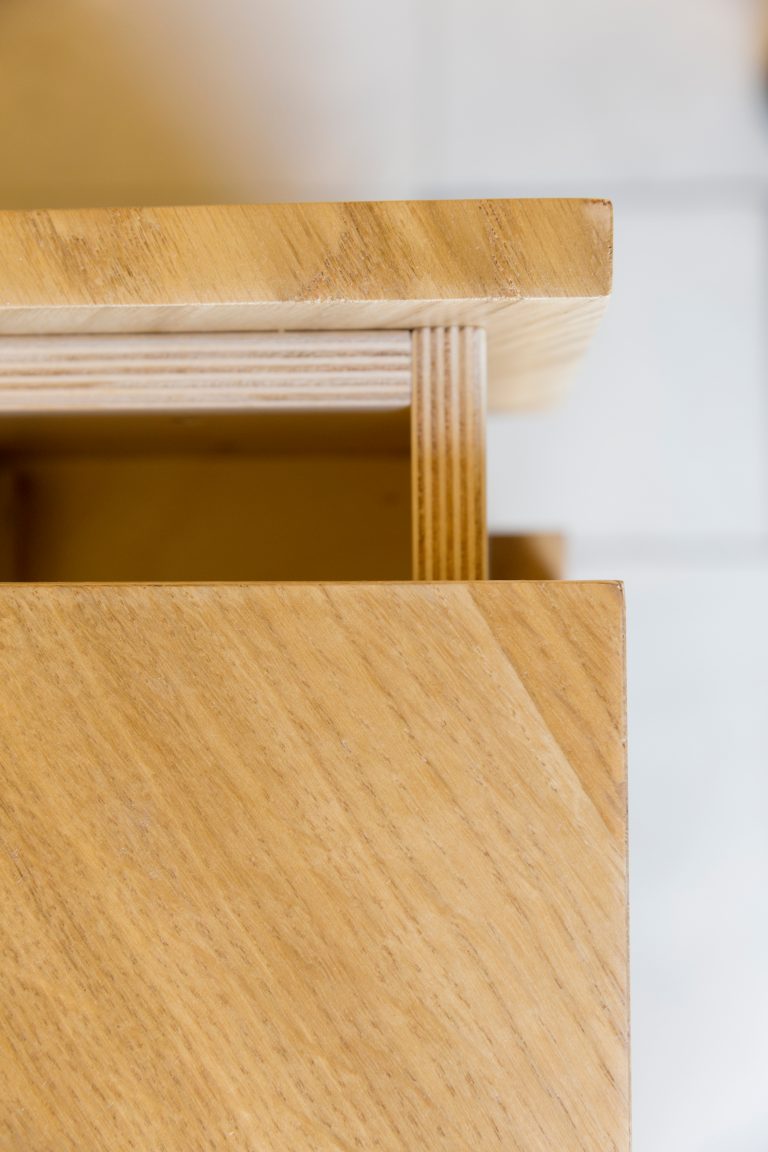 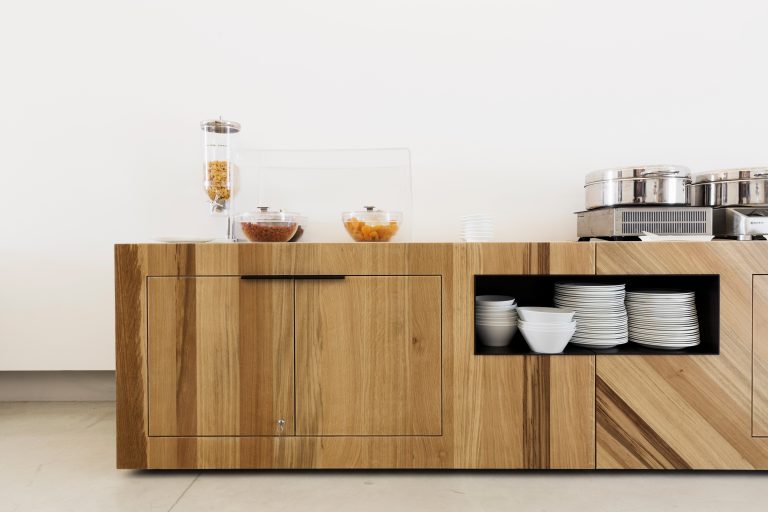 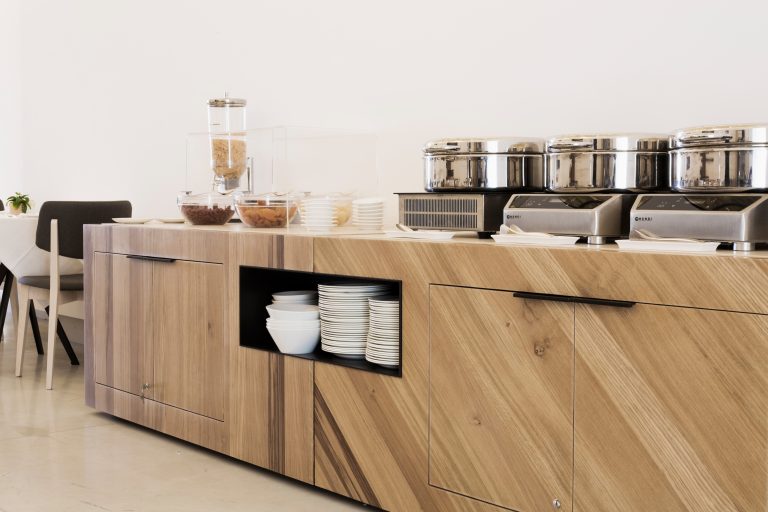 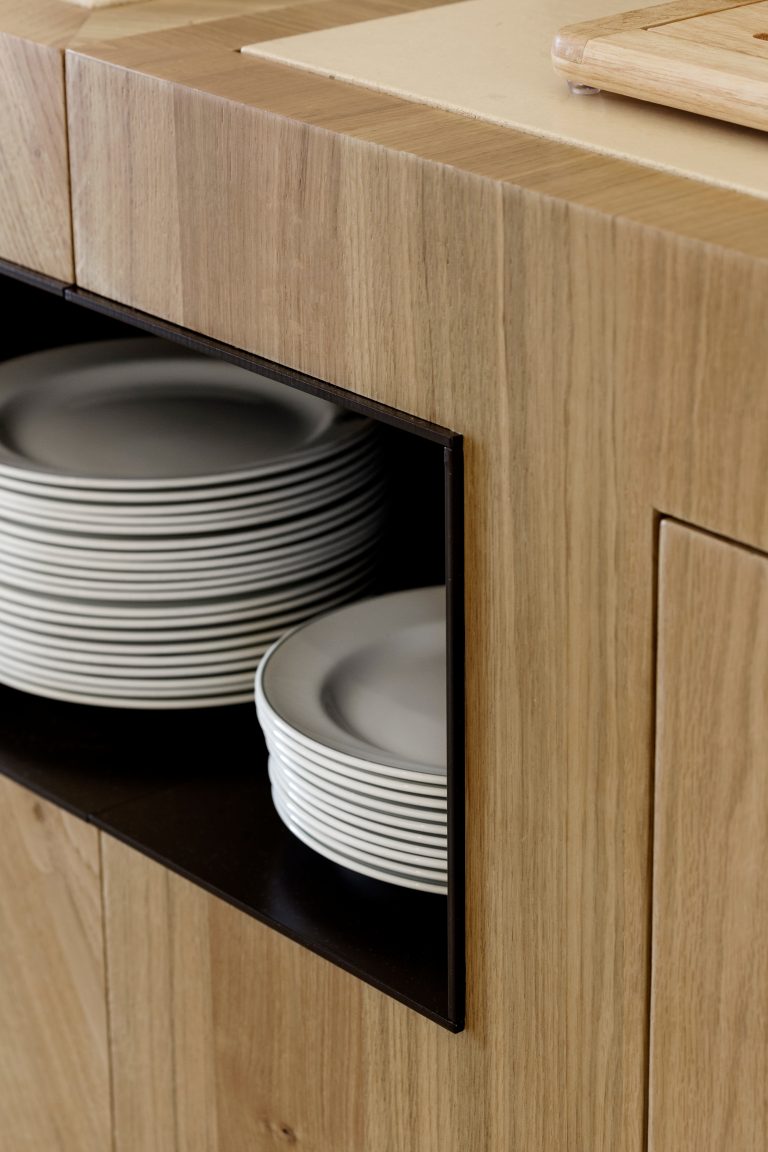 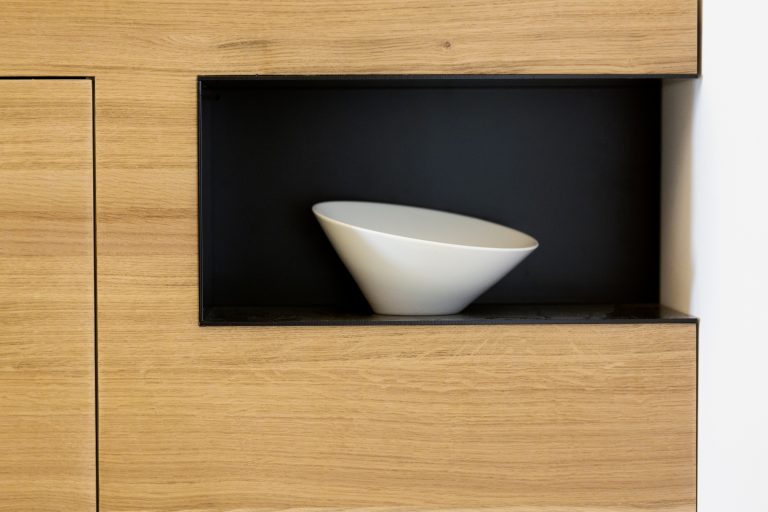 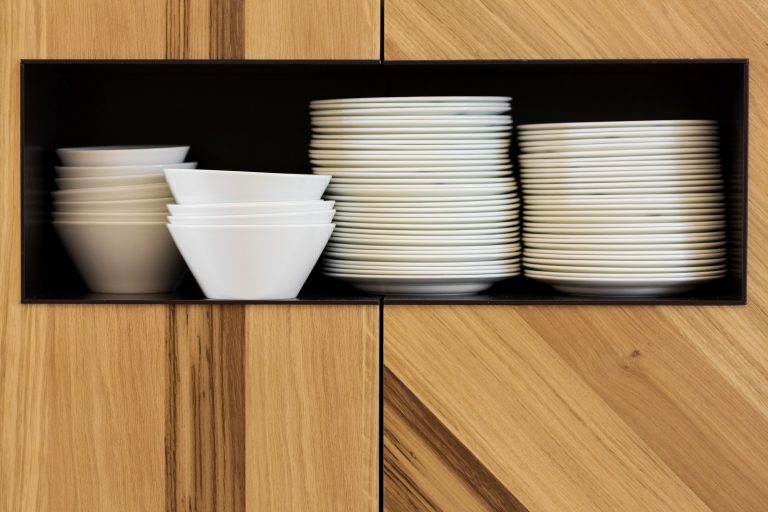 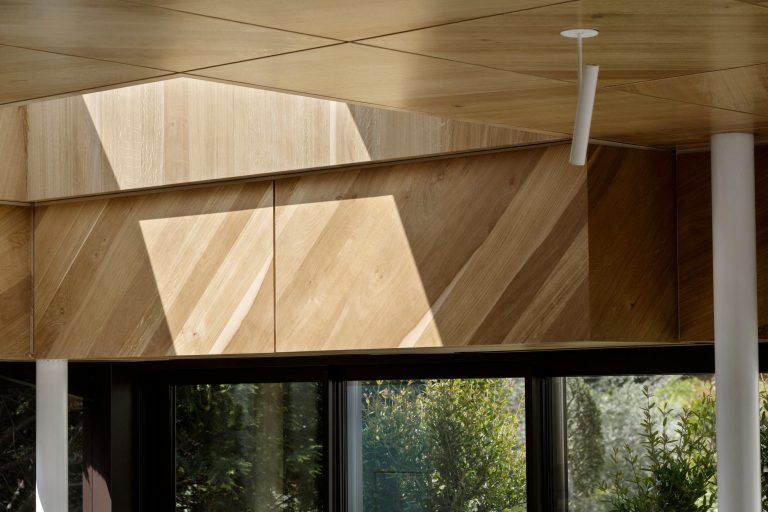 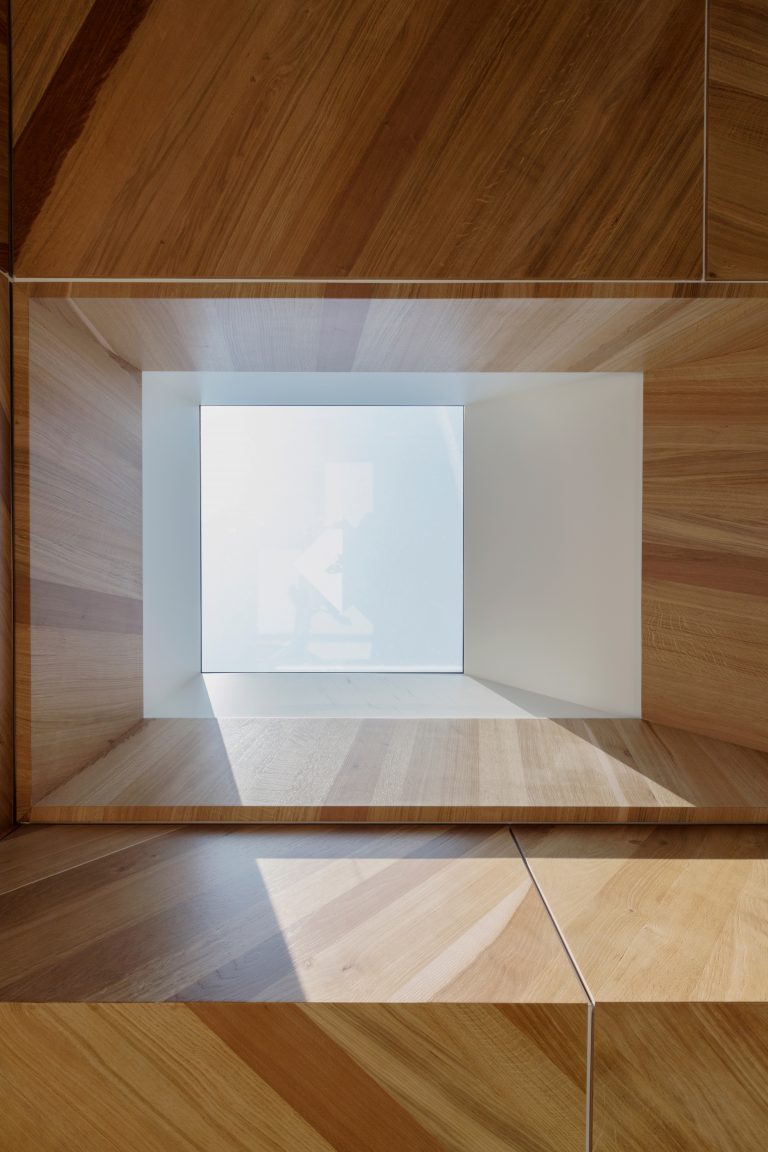 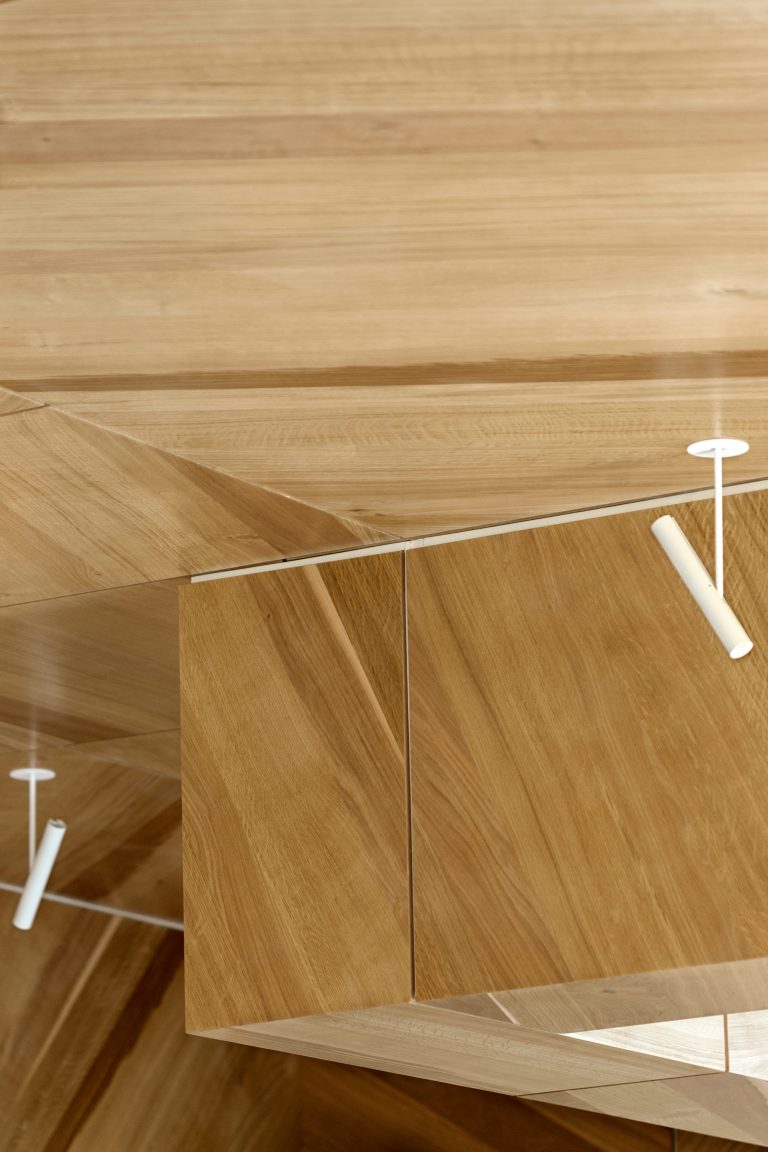 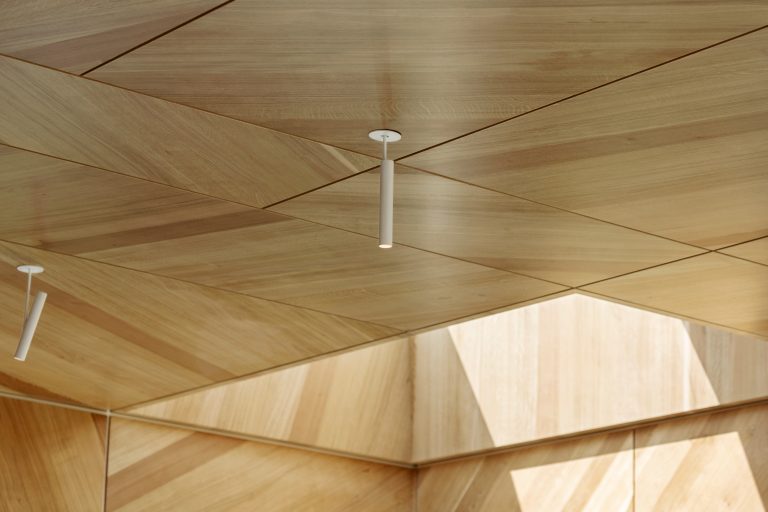 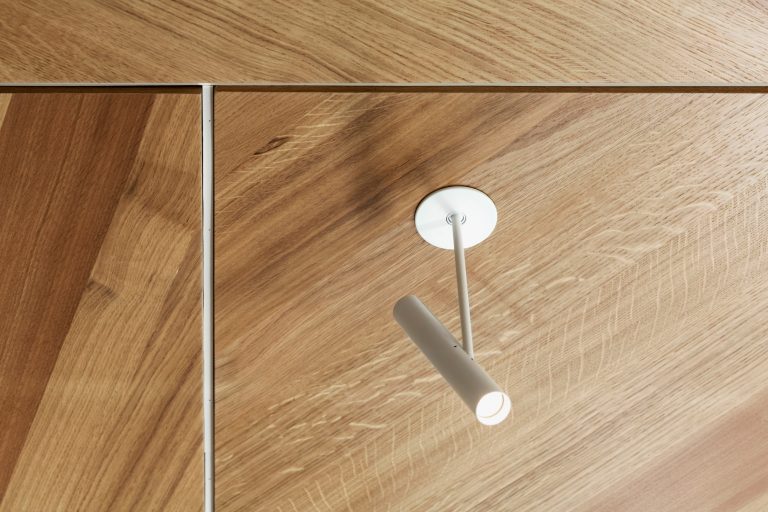 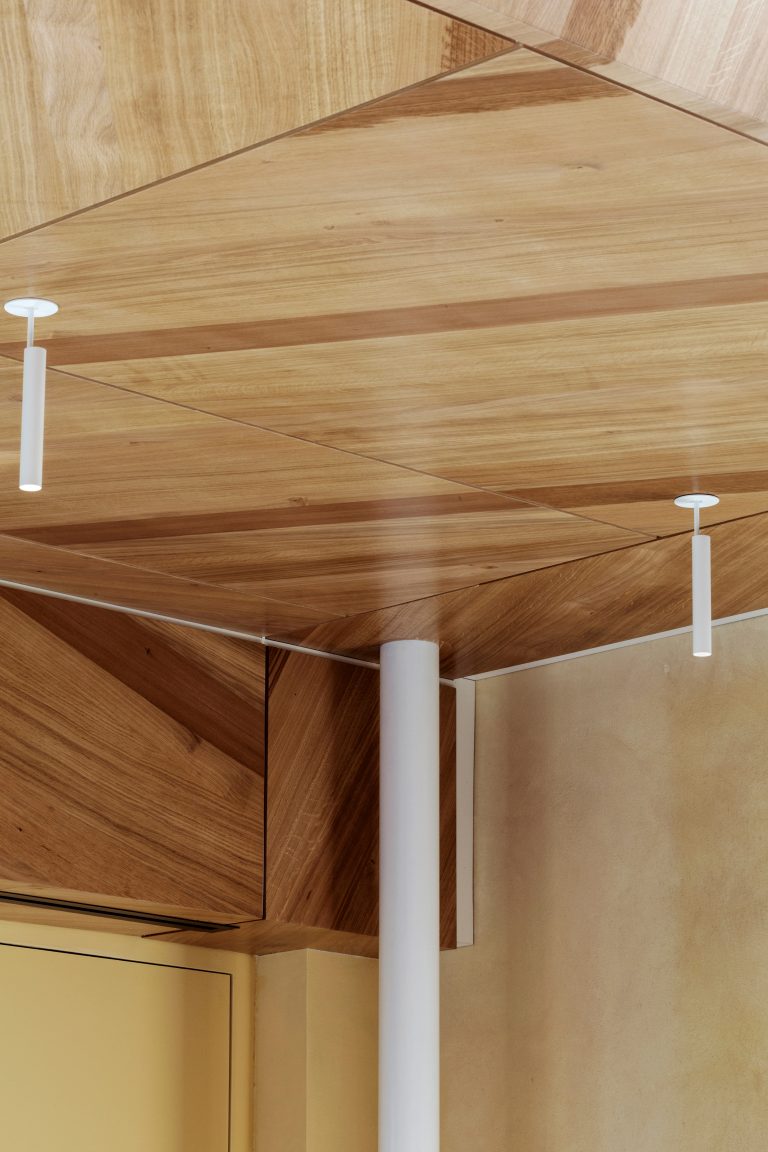